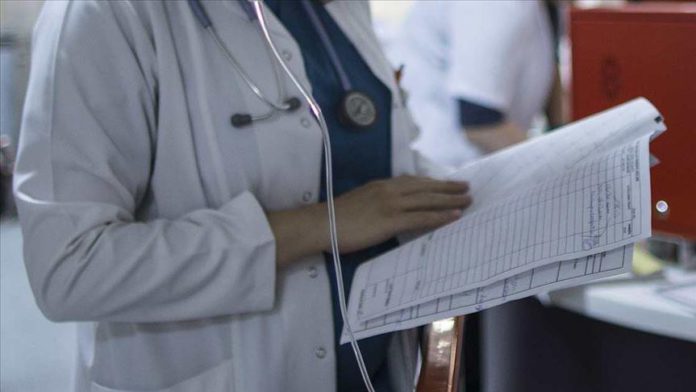 A Turkish university on Friday hosted an online international symposium, highlighting the significance of new trends in global health diplomacy during the coronavirus pandemic.

The New Trends in Global Heath Diplomacy during COVID-19 Age: Perspectives from Turkey to Japan symposium was organized by TOBB University of Economics and Technology in cooperation with the Japanese Embassy in Ankara.

Speaking on “Turkey’s COVID-19 Response: Foreign aid and opportunities for Turkey-Japan Triangular Cooperation,” Pehlivanturk from the Department of Political Science and International Relations said that with aid at home and abroad, Turkey mainly aims to restore its images by establishing itself as a major humanitarian power.

Global health diplomacy more or less has two different definitions. One of them focuses on global governance, trying to shape the global policy environment. This pretty much fits with what Japan has been doing through its initiatives, he said.

“A second definition is specifically about what practices that the government and related non-state actors are trying to do to solve certain global health problems. This is more apt to Turkey’s doing,” he said.

During the pandemic, 151 countries requested help from Turkey. Most were answered, he said, citing officials from Turkey’s Foreign Ministry.

Quite a large number of help was given by Turkey during the outbreak. According to Development Initiatives Global Humanitarian Assistance Report 2020, Turkey is the number one country in terms of providing humanitarian aid. The number is 10 times more than Japan. Most of the number is about helping Syrian refugees, he said.

Touching upon the factors underlying Turkey’s COVID-19 foreign aid, he said generally three factors are emphasized in the literature: Turkey wanted to revive its images in the West, it wanted to increase competition with other medium and large scale countries and there are domestic political connotations for all these initiatives.

Also, Turkish Airlines is quite active to bring home nationals in air ambulances during the pandemic.

In 2012, TIKA and the Japan International Cooperation Agency signed a memorandum of understanding.

Speaking about The intersection of Humanitarian Diplomacy and Defense Diplomacy: The Case of Japan, Kiba said engaging with the disaster relief, Japan Self Defense Forces (JSDF) is exclusively allowed for defense only. They are not the armed forces. They are not military. So, it cannot be involved in war in other countries.

The main task of Self Defense Forces is to be involved in UN peacekeeping operations, non-UN peace support operations, humanitarian assistance and disaster relief activities

“JSDF was also involved in the disaster relief in the other countries, like the super typhoon in the Philippines in 2013. More than 1,000 soldiers were sent from the JSDF to the Philippines, and also the 2015 earthquake in Nepal. So it’s more on medical missions,” she said.

“There has been some mixture of humanitarian initiatives and security initiatives in the past 20 years. But now it’s clearer,” she said, adding Japan is committed to global health and bilateral foreign assistance to the other countries, including giving medical equipment, creating the hospitals, doing emergency assistance, implementing bilateral and multilateral assistance.

Besides, “The JSDF is already severely separated from such initiatives. So it is not involved in any humanitarian assistance under COVID. Because, the military initiative and the civilian initiative are already separated, and I hope that there is no confusion,” she added.

Speaking on the topic: The Evacuations of Civilians in Humanitarian Emergencies: Lesson from the Japanese Experience in Wuhan Yasutomi said that the Japanese government chartered five civilian aircraft after the Wuhan lockdown and evacuated 828 Japanese nationals and their Chinese family members from Hubei province.

Besides, highlighting the challenges faced during evacuation operations, he said in the Wuhan evacuation, there was limited flight permission. Midnight flights were preferred to avoid local confusion and protest.

Also, there was insufficient data on Japanese residents in the area. Bus firms were hesitant to provide buses and drivers, he said.

“This experience was a large-scale evacuation from a natural disaster, no doubt depending on how you define natural disaster,” he said, adding it reminded us of improved logistics preparedness for more complex and larger evacuation operations in the future.

“We re-alarmed the current serious challenges for the evacuation operations from crisis situations, which we already experienced the crisis in Algeria, Bangladesh, and other countries as well.

“The concern goes most notably in the Korean peninsula. We have to think about these three issues and we have to solve them as soon as possible, otherwise, we cannot evacuate our own nationals in the crisis area,” he said.

Although we see various examples of humanitarian in the Ottoman Empire era, the rise of Turkey as a humanitarian agent starts from the 1980s onwards, and especially in the last 10 years, the Syrian crisis has been a major trigger, she said.

“Also another important trigger were the Chechen wars, the Palestinian cause, and the wars in Bosnia and Herzegovina, and Kosovo in the 1990s. Later, the Syrian crisis, and finally the COVID 19 pandemic were some of the international triggers that paved the way for Turkey’s rise as a humanitarian agent,” she said.

She went on to say the main clusters of Turkey’s humanitarian activities mainly focus on emergency assistance and medical relief, building infrastructure and investing in social and human capital.

Turkey’s opening to Africa started in 1998 and accelerated in 2005. Bilateral trade volume increased six-fold in the last 18 years.

In 2020, Turkey’s Foreign Minister Mevlut Cavusoglu outlined Ankara’s African policy as a win-win approach toward the continent based on mutual respect.

“Turkey’s involvement in Somalia plays a very important role in Turkey’s Africa policy and also Turkey’s humanitarian foreign policy. Somalia offers a gateway for Turkey into Africa so this opportunity was kind of used to enter East Africa,” she said.

Turkey’s then-Prime Minister Recep Tayyip Erdogan was the only non-African leader who visited Somalia in 20 years, she added.

Somalia became one of the two pillars of Turkey’s humanitarian diplomacy alongside Syria.

Meanwhile, she underlined that: “Turkey’s medical humanitarianism is part of its branding as a humanitarian state. Pandemic diplomacy is, inter alia, used as an opportunity to divert public attention from domestic to foreign policy.

“The emphasis on Africa is in line with Africa’s promotion as one of the orientations of Turkey’s new foreign policy. Turkey’s COVID aid to Africa is part of its broader Africa policy and medical humanitarianism,” she said.