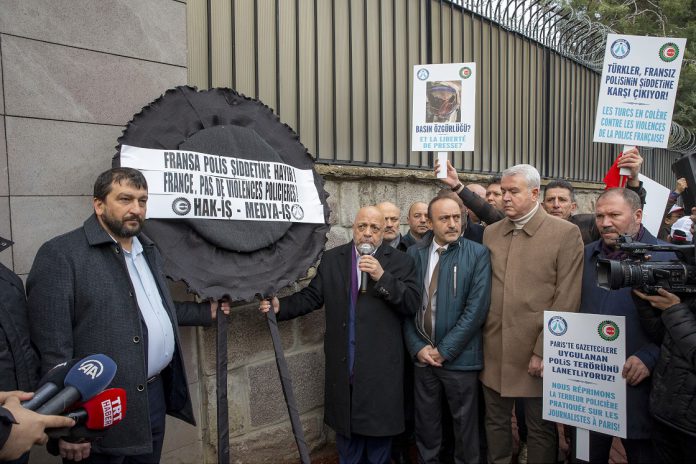 The Confederation of Turkish Real Trade Unions (Hak-Is) on Monday held a demonstration in Ankara to protest French police, as an Anadolu Agency photojournalist was injured after being hit by a gas canister in Paris last week.

Mahmut Arslan, the chairman of Hak-Is, accused the French police of acting like “Hitler’s gestapo” and of “resurrecting Nazism”.

Members of the union gathered in front of the French embassy in Turkey’s capital Ankara to protest against the French police.

On Dec. 5, Mustafa Yalcin was injured in the eye when a gas canister used by the security forces hit him in