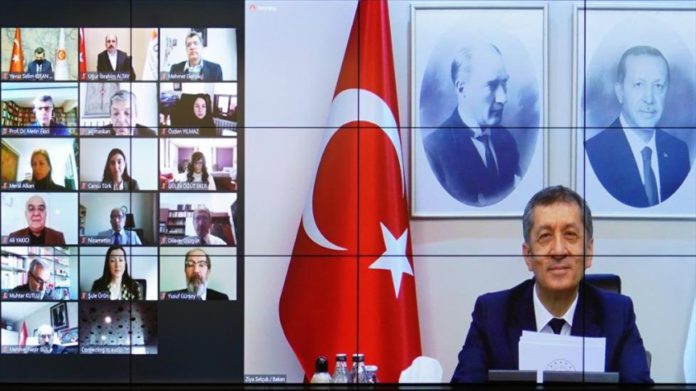 Turkey carries its position in UNESCO to a further level every year, the Turkish deputy foreign minister said in a virtual meeting of the Turkish National Commission for UNESCO, marking the commission’s 70th anniversary on Wednesday.

Celebrating the 75th anniversary of the foundation of UNESCO, Kiran said Turkey carries its position in UNESCO to a further level every year and that it is among the top countries in terms of contributing to the organization.

He said Turkey is effectively represented in formations that shape the future of UNESCO as well as decision making mechanisms, recalling the country’s 2021-2025 candidacy for the executive board, which Turkey is currently a member of.

Kiran also reminded Turkey’s 2023-2027 candidacy for the World Heritage Committee, and said Turkey has increased the number of its assets in World Heritage and Intangible Cultural Heritage lists while still working on making further additions to the list.

Turkey currently holds 18 assets both in the lists of World Heritage and Intangible Cultural Heritage of Humanity, he also said.

Kiran noted that Turkey’s priority in foreign policy is to have a human-focused approach that does not hesitate to take initiatives, and that Turkish foreign policy has expanded its activities in different geographies with an understanding of strong diplomacy both in the field and at the table.

He added that Turkey is the primary country among the Organization for Economic Co-operation and Development (OECD) countries with its development aid of $8.5 billion, which constitutes 1.15% of Turkey’s national income.

Turkey also contributed with a humanitarian aid of $7.5 billion — 1% of the country’s national income — Kiran said, adding that Turkey is the most generous country in the world.

He said Turkey is the country that hosts the most refugees in the world.

Turkey wants to strengthen its presence in international organizations and encourage employment of more Turkish personnel at UNESCO, he noted, reminding that the country is currently represented by four personnel at the organization’s secretariat.

Kiran noted that threats like xenophobia, Islamophobia, and discrimination have been gaining ground in a period when mutual understanding and cooperation at the global scale is extremely important.

He stressed that the international community must increase cooperation and act in unity to prevent such threats.

He went on to say that some European politicians bring Islamophobia to dangerous points by supporting extreme-rightist movements for the sake of increasing their votes.

2 children in Zambia die after being swept away by floodwaters