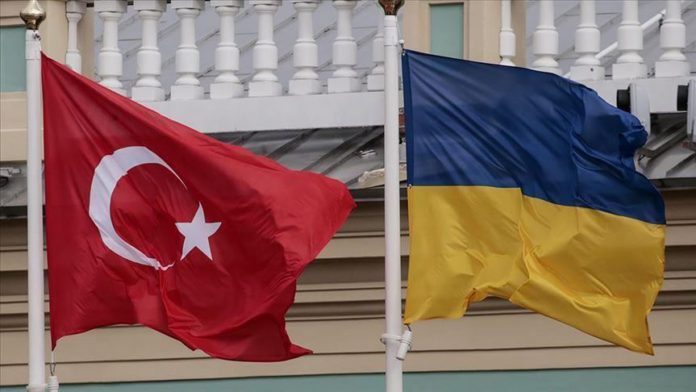 A possible free trade agreement between Turkey and Ukraine would be the icing on the cake amid already fraternal relations, said Burak Pehlivan, chairman of the International Ukrainian Turkish Businessmen Association (TUID).

“Turkey became the largest foreign investor in Ukraine in March-August 2020,” he noted, adding Turkey’s exports to Ukraine increased by 47%.

He recalled that the leaders of both countries had set a target of $20 billion in trade volume.

“We can reach this goal by removing the obstacles. Both sides benefit from the increasing trade,” Pehlivan said.

Also commenting on the nature of economic relations, Gennadiy Chizhikov, head of the Ukrainian Chamber of Commerce and Industry (UCCI), told Anadolu Agency that trade in goods between Ukraine and Turkey is growing positively by an average of 15-20%.

“Despite the pandemic, the mutual trade turnover between Ukraine and Turkey in the first four months of this year has grown by 10%,” he noted.

He said Turkish investments are made in the fields of industry, information and telecommunications, and wholesale and retail trade.

“The main export items to Turkey in recent years have been: ferrous metals; cereals; food industry residues and wastes; seeds and fruits of oilseed,” he said.

Turkey has the potential to be a gateway for Ukrainian goods to markets in the Middle East and Africa.

“The agreement must balance our economies which are already gradually connecting,” he said.

“Currently our government does everything possible to make political decisions that will facilitate the process,” he added.