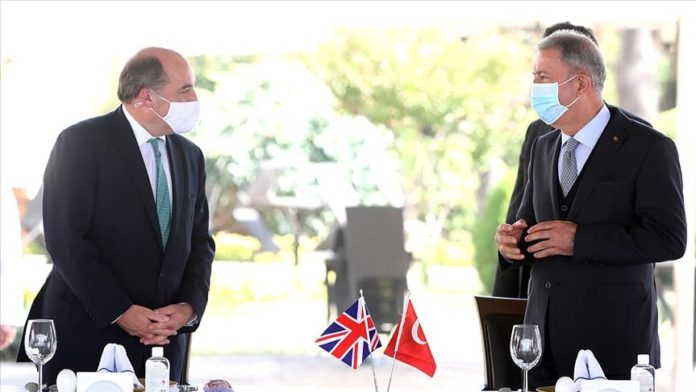 Turkey and Britain share views on many important issues, and joint action would promote these shared interests, as confirmed by a visit by Turkey’s defense chief to the UK, said an official statement on Friday.

Akar and Wallace visited the Prince of Wales aircraft carrier and examined the ship, the statement added.

During the visit, Akar and Wallace exchanged views on bilateral and regional issues including developments in the Black Sea, Eastern Mediterranean, Afghanistan, and NATO, according to the statement.

The defense chiefs confirmed that Turkey and the UK share common and similar views on many issues, and agreed that joint efforts would help protect their bilateral rights and interests and those of the NATO alliance.

During the meetings, Akar also said that although the UK has taken some steps to crack down on the terrorist group PKK, more are expected, the statement added.

Saying that the UK is one of the countries where the Fetullah Terrorist Organization (FETO) is active, Akar stressed that Turkey should be assisted in its fight against FETO and concrete steps must be taken.