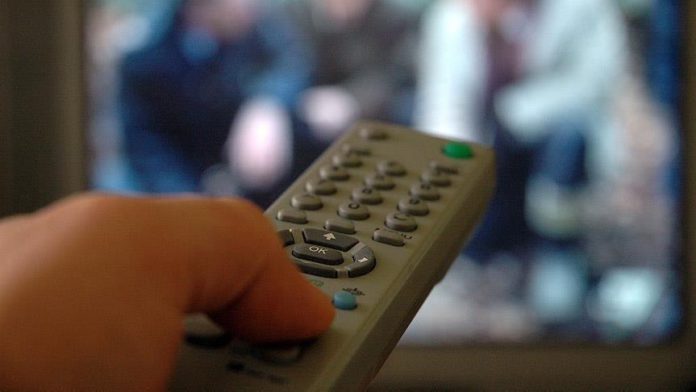 After gaining sweeping popularity in South Africa and surprisingly in Uganda, action-packed Turkish television series are stealing the show in the East African country of Tanzania, attracting young and old viewers from all walks of life.

Turkish TV series have in recent years become one of Turkiye’s most powerful soft power outlets in Africa, with their growing popularity enthralling both Christian and Muslim audiences.

Turkish people love drama, and this particular national obsession is ubiquitous to them in music, TV and film where exaggerated tales of forlorn love always take center stage.

Shows from Turkiye, the world’s second-biggest exporter of TV series after the US, have become a social phenomenon in Africa due to their international popularity.

In Tanzania, viewership of Turkish series, observers say, has lately increased at a rapid pace.

Ardent fans of Turkish series in the bustling port city of Dar es Salaam, for instance, love to watch them with Swahili subtitles on local television channel Azam 2.

One such example is Kaderimin Oyunu or “The Game of My Destiny,” a story about a young mother, Asiye, who devotes her life to raising her two children and plays the role of both father and mother.

In the plot, Asiye left her stepmother’s house when she was 17 and married Cemal. However, Cemal decides to improve the family’s financial situation and goes out of town for this purpose.

After a long time, he doesn’t come back. During these years, Asiye raises the children. Everything changes when Asiye spots her husband with a wealthy wife and a child after many years.

Gharib Mzinga, a scriptwriter with Tanzania’s Azam TV, said the emotional entanglements and personal relationships depicted in the drama resonate well with the real-life situation in Tanzania.

“It is arguably one of the best Turkish series that Tanzania viewers can watch for entertainment and life lessons,” he said

In the port city, which is home to over 7 million people, local residents have plenty of choices to spend their viewing time on, with Turkish series taking the lead.

A swell of laughs and chatter fills the air as men and women jostle for space at the Riverwood bar in Dar es Salaam, anxiously waiting to watch the latest episode of Dirilis Ertugrul, a series depicting the origin of the Ottoman Empire, on Azam TV.

The dazzling spectacle at this popular bar grabs the attention of smartly-dressed waitresses who are quick to take orders as the crowd grows big.

The turns and twists of the stories and the virtue they espouse capture the hearts of many Tanzanians, he said.

Mhando said TV dramas have played a significant role in the cultural exchange between Tanzania and Turkiye, and the company has developed a special channel on Azam 2 with plenty of soap operas to cater to the fast growing needs of Tanzanian viewers.

“TV series are not only for entertaining audiences. They are also enlightening, and through them, people learn important lessons in their lives,” he told Anadolu Agency.

As you stroll around Dar es Salaam’s suburbs, everyone is getting excited over the Turkish television series.

Shortly after the evening news, families often huddle around their TV screens to watch a Turkish drama film.

Minani Ntahosanzwe, a sociologist at the Institute of Social Welfare in Dar es Salaam, said the Turkish soap operas are helping society with gender equality and tackling social taboos in line with traditional Islamic values.

“Turkish women enjoy a freer standing in society compared to most of their counterparts in Africa. They also actively embrace professional life and have liberal relations with men,” he said.

Interestingly, the Turkish series have also received a ringing endorsement from Tanzania’s President Samia Suluhu Hassan, who, according to Onur Yay, second secretary at the Turkish Embassy in Dar es Salaam, routinely watches them in her free time.

“I love watching Turkish people on television; their passion for love, spirituality and intense emotions of the character. I have discovered all these Turkish series,” said Zena Ahmed, 67, a resident of Dar es Salaam.

“I have honestly enjoyed and learnt a lot from the Islamic messages and undertones in the morals and the characters’ strong faith in Allah,” she said.