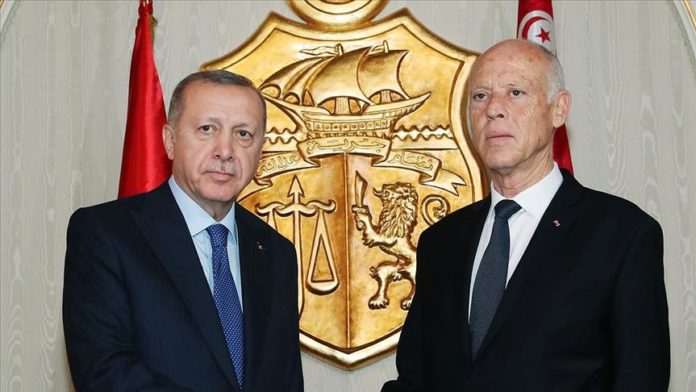 Erdogan told Kais Saied that stability, peace, and serenity in Tunisia are important and benefit the whole region, said the sources, who asked not to be named due to restrictions on speaking to the media.

He also underlined that Tunisia protecting its democracy, respecting the rule of law, and guaranteeing freedom all carry great value.

Erdogan furthermore emphasized that it is important for both Tunisian and regional democracy that the activities of the Tunisian parliament continue despite recent challenges.

Saied insists that his exceptional measures are meant to “save” the country, while his critics have accused him of orchestrating a coup.

Tunisia has been seen as the only country that succeeded in carrying out a democratic transition among a group of Arab countries that witnessed popular revolutions in the early 2010s that toppled their ruling regimes, including Egypt, Libya, and Yemen.