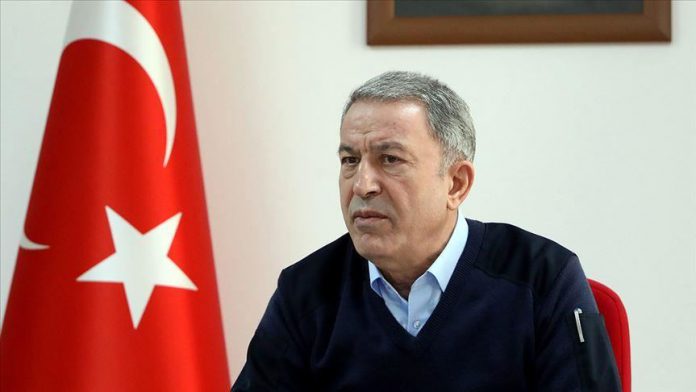 Thursday’s deadly attack on Turkish troops took place although the location of our forces was known by Russia, Turkey’s defense minister said on Friday.

“This attack occurred even though the locations of our troops had been coordinated with Russian officials in the field,” Defense Minister Hulusi Akar told reporters in Hatay, a southern Turkish province bordering Syria.

His remarks came in the wake of an Assad regime attack on Turkish forces, martyring at least 33 Turkish soldiers and injuring dozens in the Idlib de-escalation zone, just across Turkey’s southern border.

Russia is the Assad regime’s ally, and Moscow shares