TurkishPress
Home News Turkish Treasury borrows over $1B through auctions 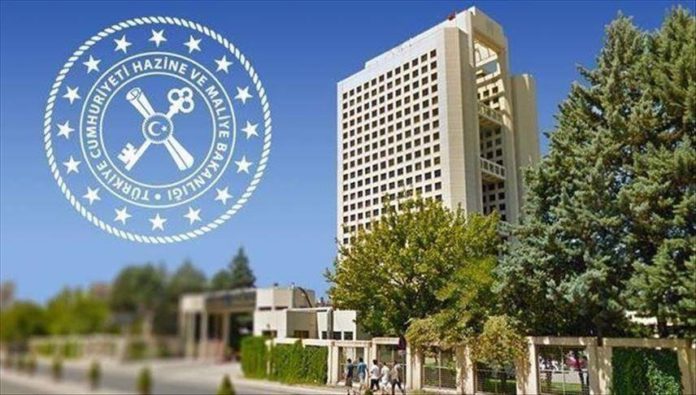 The Turkish Treasury borrowed around 7.43 billion Turkish liras ($1.05 billion) from domestic markets on Tuesday, according to an official statement.

The Treasury and Finance Ministry announced that some 447 million Turkish liras ($63.13 million) in 413-day zero-coupon bonds – reopen, the second issuance – were sold in the first auction.

The term rate for the government bonds was accepted at 17.81%, while the annual simple and compound interest rates were 15.70% and 15.54%, respectively.

The bonds will be settled on Wednesday with a maturity date of Sept. 7, 2027.

According to the ministry, the total tender in the second auction amounted to 11.74 billion Turkish liras ($1.66 billion), with a 59.4% accepted/tendered rate.

The term rate of 2,324-day government bonds was accepted at 1.19% of the periodic interest rate, while the annual simple and compound interest rates were 2.39% and 2.40%, respectively.