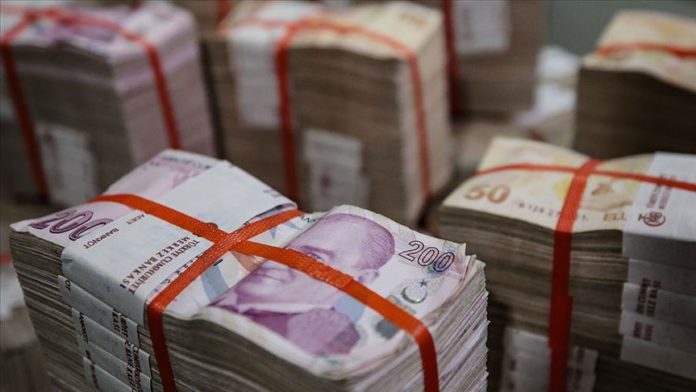 The Turkish Treasury borrowed 6.1 billion Turkish liras (nearly $863 million) from domestic markets on Monday, according to an official statement.

The Treasury and Finance Ministry announced that some 2.5 billion Turkish liras (about $353 million) fixed coupon bond — semiannually, re-open — was sold in the first auction.

The Treasury bill will be settled on Wednesday and mature on Sept. 9, 2021. The total tender amounted to 4.8 billion Turkish liras ($679 million) with a 53.2% accepted/tendered rate.

The Treasury said the term rate of 497-day government bonds was accepted at 4.36%, while the annual simple and compound interest rates were 8.71% and 8.90%, respectively.

According to the ministry, the total tender in the second auction amounted to 8.7 billion Turkish liras ($1.2 billion), with a 40.9% accepted/tendered rate.

The term rate of 2,548-day government bonds was accepted at 4.90% of the periodic interest rate.