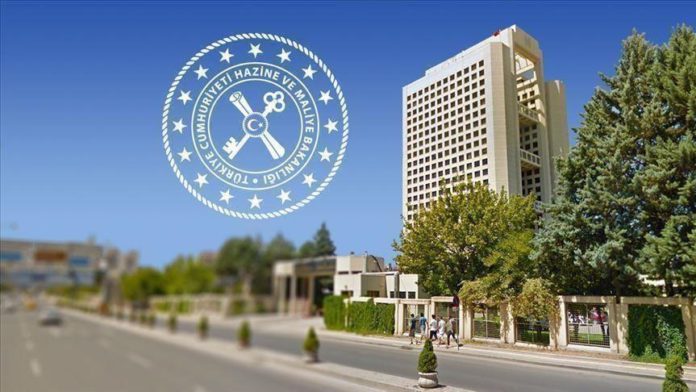 The Turkish Treasury borrowed 3.8 billion Turkish liras ($486 million) from domestic markets on Tuesday, according to an official statement.

The Treasury and Finance Ministry announced that some 3.3 billion Turkish liras ($420 million) ten-year fixed coupon bond — semiannually, second-issuance — was sold in an auction.

The Treasury bill will be settled on Wednesday and mature on Nov. 13, 2030. The total tender amounted to 4.7 billion Turkish liras ($595million) with a 70.7% accepted/tendered rate.

The certificates will be settled on Wednesday with a maturity date of Dec. 3, 2025.

The Treasury has projected to hold 18 bond auctions and direct sale of lease certificates from December to February.

35 Iran-backed terrorists die in an airstrike in Syria

Possibilities for dialogue with West 'not exhausted': Lavrov