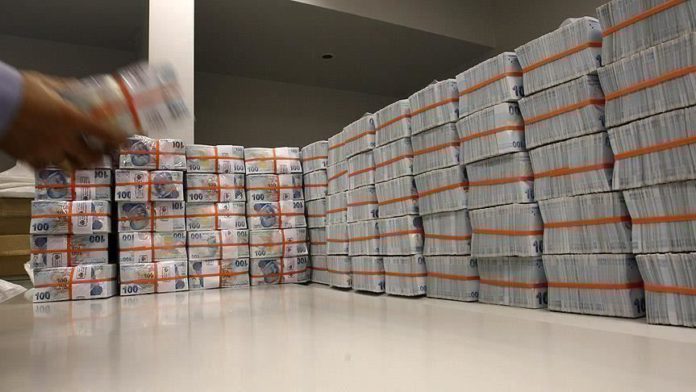 The Treasury bills will be settled on Wednesday and mature on June 21, 2023.

The total tender amounted to 8.8 billion Turkish liras ($1.26 billion) with a 57% accepted/tendered rate.

The bonds will be settled on Wednesday with a maturity date of June 28, 2028.

According to the ministry, the total tender in the second auction amounted to 6.17 billion Turkish liras ($882.8 million), with a 58.9% accepted/tendered rate.

The term rate of 2,968-day government bonds was accepted at 1.24% of the periodic interest rate, while the annual simple and compound interest rates were 2.48% and 2.49%, respectively.

According to the ministry’s borrowing strategy, the Treasury projects to hold 24 bond auctions and a direct sale of lease certificates this May-July to borrow some 89 billion Turkish liras ($12.7 billion) from domestic markets.