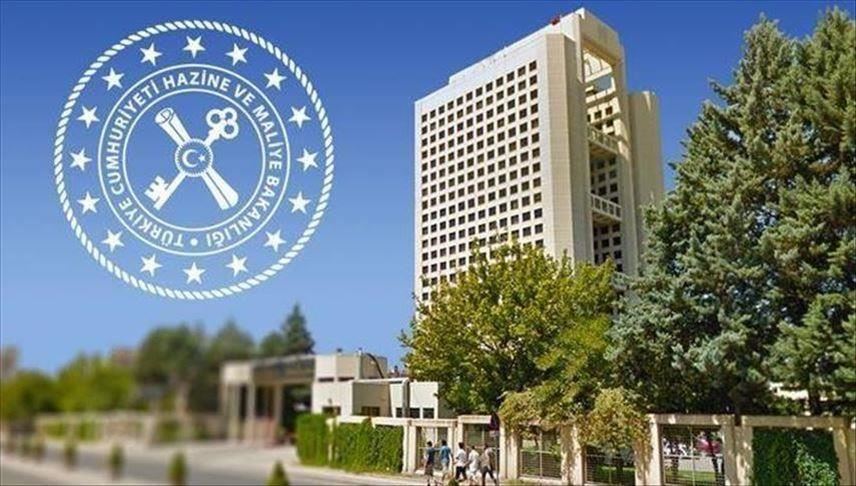 The Turkish Treasury borrowed 6.95 billion Turkish liras ($1.01 billion) from domestic markets on Tuesday, according to an official statement.

The Treasury bill will be settled on Wednesday and mature on Jan. 18, 2023. The total tender amounted to 6.87 billion Turkish liras ($1 billion) with a 51.5% accepted/tendered rate.

The Treasury said the term rate of 938-day government bonds was accepted at 4.74%, while the annual simple and compound interest rates were 9.48% and 9.70%, respectively.

The bonds will be settled on Wednesday with a maturity date of June 18, 2025.

According to the ministry, the total tender in the second auction amounted to 8.33 billion Turkish liras ($1.2 billion), with a 41% accepted/tendered rate.

The term rate of 1,820-day government bonds was accepted at 0.79% of the periodic interest rate, while the annual simple and compound interest rates were both 1.58%.