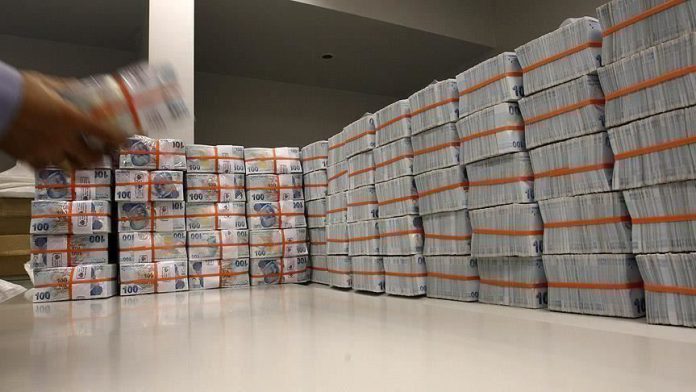 The Treasury bills will be settled on Wednesday and mature on Oct., 7, 2020.

The total tender amounted to 8 billion Turkish liras ($1.38 billion), with a 64% accepted/tendered rate.

The Treasury said the term rate of the 329-day Treasury bills was accepted at 11.01%, while the annual simple and compound interest rates were 12.18% and 12.25%, respectively.

The bonds will be settled on Wednesday with a maturity date of Nov., 4, 2026.

The total tender in the second auction amounted to 4.5 billion Turkish liras ($778.8 million), with a 72.5% accepted/tendered rate.

Under the ministry’s borrowing strategy, the Treasury projects holding 12 bond-auctions and a direct sale of lease certificates this October-December to borrow some 38.9 billion Turkish liras ($6.88 billion) from domestic markets.