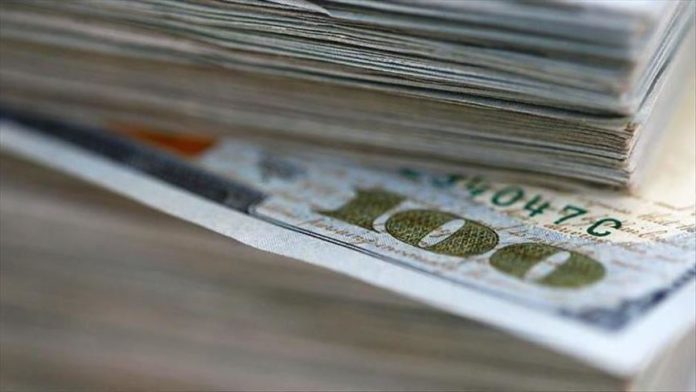 The Treasury and Finance Ministry announced that some 7.3 billion Turkish liras (about $1 billion) fixed coupon bond — semiannually, new issuance — was sold in the first auction.

The Treasury bill will be settled on Wednesday and mature on May 4, 2022. The total tender amounted to 16 billion Turkish liras ($2.3 billion) with a 45.6% accepted/tendered rate.

The Treasury said the term rate of 728-day government bonds was accepted at 4.72%, while the annual simple and compound interest rates were 9.43% and 9.65%, respectively.

The bonds will be settled on Wednesday with a maturity date of Jan. 29, 2025.

According to the ministry, the total tender in the second auction amounted to 7.9 billion Turkish liras ($1.1 billion) with a 48% accepted/tendered rate.

The term rate of 1,729-day government bonds was accepted at 1% of the periodic interest rate.