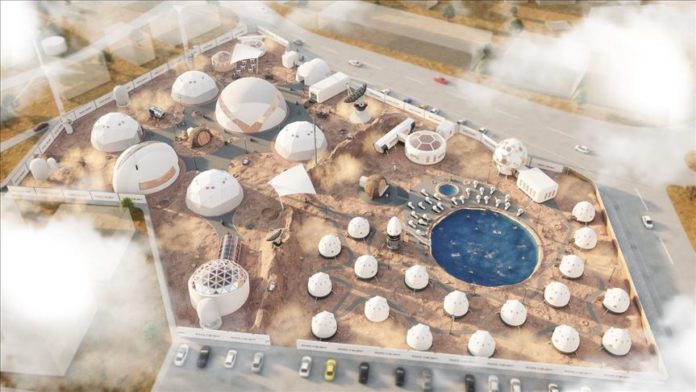 A Turkish town is preparing to set up a touristic “Mars Colony” that will bring the martian surface down to Earth for visitors to experience.

The mayor of Kusadasi district of Turkey’s Aegean province of Aydin, Omer Gunel, told reporters that the trends in Turkey’s tourism industry have changed, with investments planned that he said would lead the “new tourism understanding of the new world.”

Gunel said that with these shifts — especially after the COVID-19 epidemic — touristic destinations based on experiences and discoveries that cater to the younger generation would distinguish themselves, rather than the classic sea, sand and sun.

He added that municipal land has now been earmarked for the sight of the thematic “Mars Colony.”

The mayor said the project was also supported by the Aydin Metropolitan Municipality and would house a scientific theme park, as well as 30 boutique hotels.

He said the municipality was currently working on the tender process.

Plans also include sights on farming and surface research work on the Red Planet, as well as an astronaut training school and simulator, Gunel said, adding that “food menus for astronauts,” were expected to bring a fresh breath to gastronomy tourism.

Gunel believes that the project will add value to his city and the tourism industry and “inspire the whole world.”

“We understood very well what the Y and Z generations, which are decisive in tourism, want,” he said referring to people born between 1980 and 2010.

“In this context, our project will open the doors of a new approach in tourism.”

According to Gunel, the cost of the project could reach 20-30 million Turkish liras ($2.4-3.6 million) and that they plan to finish the facilities expected to complete the construction in modular buildings as soon as possible.