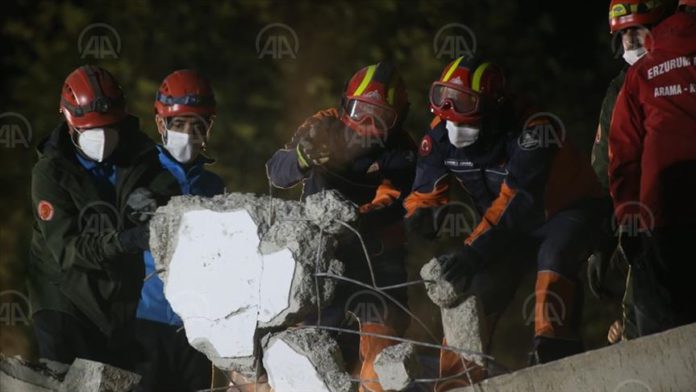 A survivor was pulled from the rubble Saturday in Izmir, 33 hours after an earthquake struck the Turkish coastal city.

Teams rescued the 55-year-old from the debris of a collapsed building in the Bayrakli region, where the quake caused the most destruction.

He was taken to hospital.

Search and rescue activities continue in nine buildings in the coastal Aegean province.

Rescue workers have pulled more than 100 people from the debris.

Thirty-five people were killed and more than 823 injured after the magnitude-6.6 quake jolted Izmir on Friday.