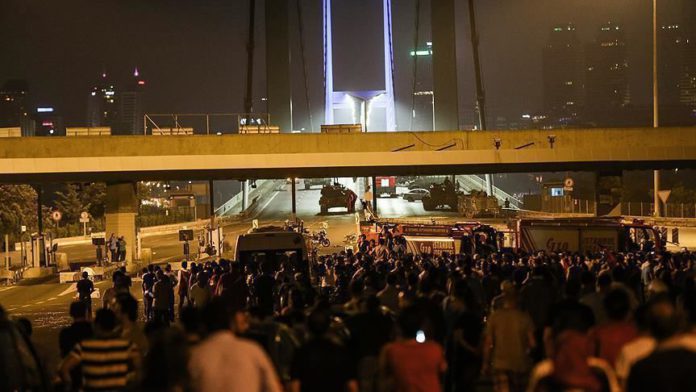 Turkish officials in Bangladesh held special prayers in the capital Dhaka, marking the 4th anniversary of the 2016 defeated coup attempt in Turkey.

TIKA in collaboration with the Turkish Embassy in Dhaka held congregational prayer at a mosque in the diplomatic upscale area of Banani on Friday, according to a statement issued by the aid agency.

“Bangladeshi Huffaz performed complete recitation of the Holy Qur’an and Hatm al-Qur’an prayers for our heroic martyrs of 15 July on the occasion of the upcoming fourth anniversary of heinous coup attempt. TIKA Dhaka office provided local confectionery to the jamaat [devotees at the prayer],” the statement said.

Recalling the sacrifice of the martyrs, Gundogdu said the incident was a great lesson for Turkish nationals to fight together against tyrants and in favor of country’s solidarity and democracy.