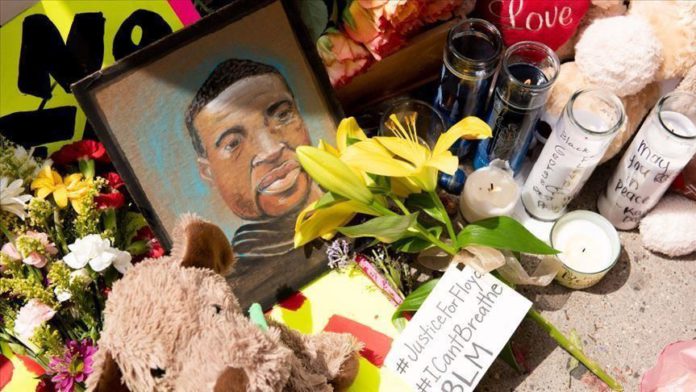 Turkey’s top three football clubs condemned Saturday the killing of an unarmed black man in US custody by a while police officer earlier this week.

“Racism is a refuge for the ignorant. It seeks to divide and to destroy. It is the enemy of freedom, and deserves to be met head-on and stamped out,” Besiktas remarked about the killing of George Floyd on Twitter.

“Racism is man’s gravest threat to man – the maximum of hatred for a minimum of reason. We condemn racism and discrimination of any kind, mourn the loss of #GeorgeFloyd. #BlackLivesMatter.”

“Racism is not an ideology, but a psychological disease,” it said.

“So sickened beyond words by the brutal police killing of George Floyd. When will all Americans be treated and respected equally regardless of race and gender?? We are yearning for true leadership and inclusivity from the top,” she said on Twitter.

Video of Floyd’s arrest captured by a bystander and posted on Facebook appeared to show him pinned, repeatedly pleading “I can’t breathe” for nearly four minutes as now former Minneapolis, Minnesota police officer Derek Chauvin holds his neck to the ground with his knee. He appeared to be in handcuffs in the video footage.

His pulse was checked about three minutes after he stopped gasping for air while the officer continued to press his knee on Floyd’s neck, but it is unclear from the video what the assessment was at that point.

He is then loaded on to a stretcher and moved into an ambulance. He did not appear to be conscious.

The police department said Floyd was detained after they responded to a call about forgery.

Mayor Jacob Frey fired Chauvin and three other officers who were present at Floyd’s arrest a day after the video was posted. The county’s top prosecutor charged Chauvin with third-degree murder and manslaughter on Friday.