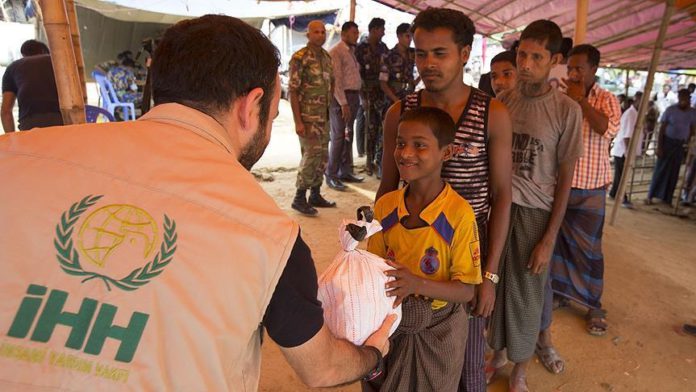 Yahya al-Dabaa, head of the Humanitarian Access Organization, a Yemeni NGO, said, in a statement that the group implemented a project to distribute Qurbani meat funded by IHH by distributing the meat of 1,250 sheep.

Al-Dabaa stated that the project targeted around 30,000 poor, displaced and war-affected families in the provinces of Amran, Ibb, al-Bayda, Radaa, Lahij, Raymah, Dhamar, al-Hudaydah, and al-Amanah.

He pointed out that the meat distribution began on Tuesday and will continue until the end of Eid al-Adha (Feast of Sacrifice), stressing that the project “left a good impression on the beneficiary families, and brought joy to their hearts.”

Al-Dabaa expressed his thanks and appreciation to the IHH for its continuous support for various projects and services for poor, displaced and affected families in Yemen.