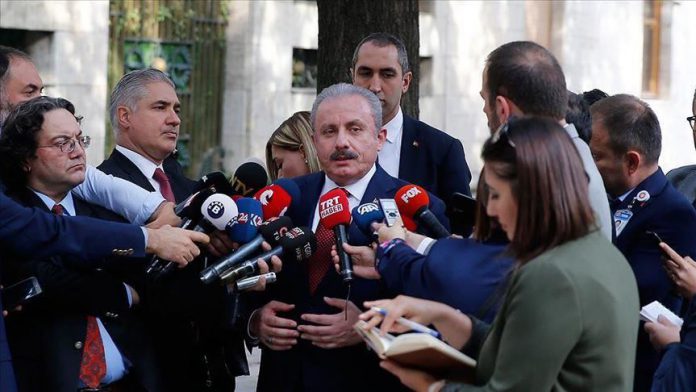 Turkey’s parliament speaker criticized a resolution passed in the U.S. House of Representatives recognizing the so-called “Armenian genocide” as well as a bill backing sanctions against Turkey.

“The decision taken by the U.S. House of Representatives does not have any importance. Moreover, it also has no legal consequence,” Mustafa Sentop told reporters at the Turkish parliament.

“However, I want to say this move can harm Turkey-U.S. relations,” he noted.

Sentop’s remarks came after the Turkish parliament condemned the U.S. House of Representatives on Wednesday.