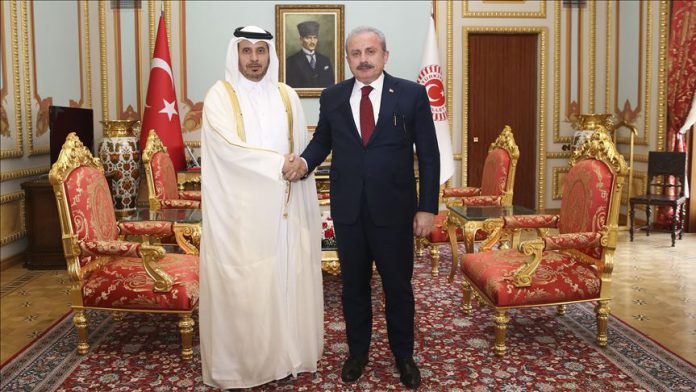 The closed-door meeting at the Turkish parliament speaker’s office lasted for nearly an hour.

Following the meeting, Al Thani visited sections of the Turkish parliament which were bombed during the defeated coup of July 15, 2016.