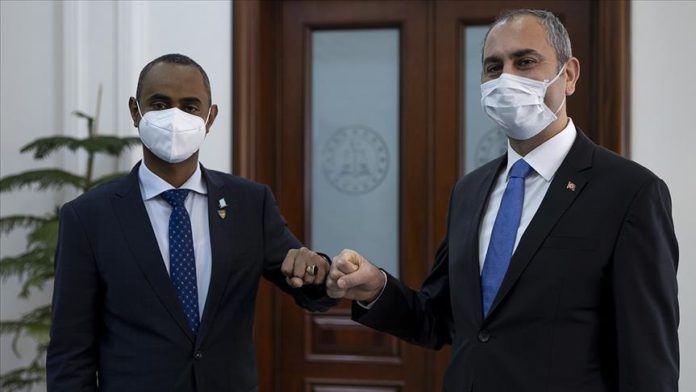 The two had a meeting in the capital Ankara, following which they addressed a brief news conference.

Gul said both Turkey and Somalia have enhanced cooperation in different fields, and that they wished to bring the same momentum for cooperation in the judicial system.

“It has been a productive meeting,” he said, adding that bilateral collaboration would continue.

Nur, who was educated in Turkey and served as a diplomat for years, said Somali authorities sought to benefit from Turkey’s experience, adding that he would visit leading Turkish institutions and organizations.

“Turkey is a key supporter to our efforts in enhancing the rule of law in Somalia,” he said in a separate tweet.

Turkish-Somali relations have experienced great success over the years. Besides military cooperation, the two countries also partner on health, education and other initiatives.

Turkey has built schools, hospitals, and infrastructure, and has provided Somalis with scholarships to study in Turkey.