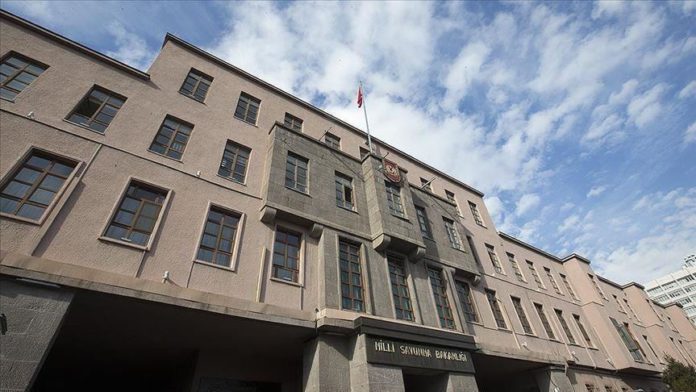 A Turkish soldier, who was injured in a roadside explosion in Syria’s northwestern Idlib, succumbed to his injuries, the National Defense Ministry said on Wednesday.

The ministry said in a statement that one soldier was wounded in an explosion during a road control patrol in the Idlib region. The soldier was martyred despite the efforts to save his life at the hospital, it added.

The ministry offered condolences to the relatives of the martyred soldier, the Turkish Armed Forces and Turkish nation.

Turkey targets members of the PKK terror group in both northern Iraq and Syria, the group responsible for the death of tens of thousands of people in Turkey over past decades.

The YPG is the Syrian offshoot of the PKK terror group and its members frequently attempt to infiltrate into Turkish posts to commit acts of terrorism.