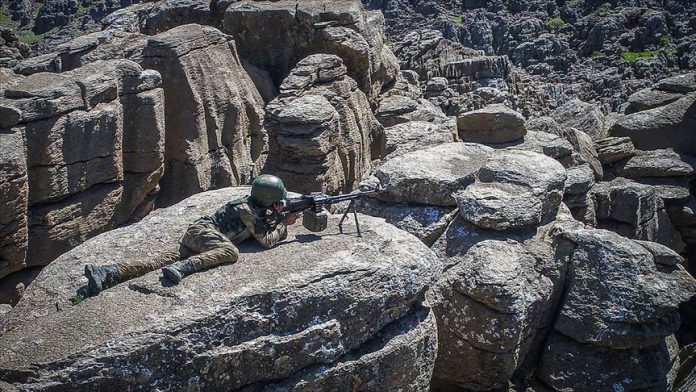 A Turkish soldier and security guard were martyred in counter-terror operations in northern Iraq, Turkey’s Defense Ministry said on Monday.

The two were martyred during operations in the Haftanin region, said a ministry statement, wishing Allah’s mercy upon them and conveying condolences to their grieving families.

The terrorist group being targeted was not specified, but northern Iraq is a known base of the terrorist YPG/PKK, used by its members to plan cross-border terrorist attacks against Turkey.