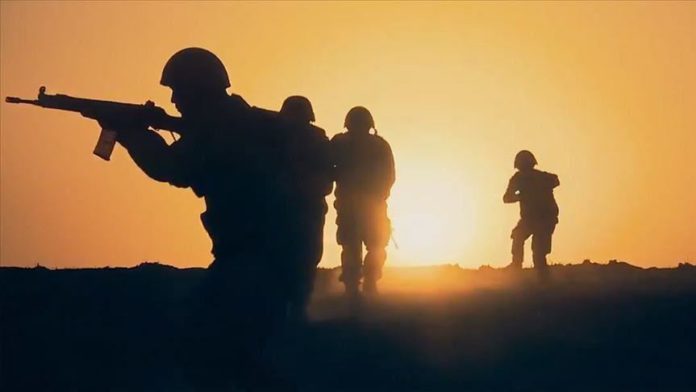 ANKARA – A Turkish soldier was martyred in a clash with terrorists in a cross-border anti-terror operation Saturday in northern Iraq, according to the Turkish National Defense Ministry.

The ministry said three soldiers were injured during Operation Claw-Tiger and one died at a hospital from wounds sustained.

Five terrorists were “neutralized” during the operation, while their weapons were destroyed, the ministry said.

Turkish authorities use “neutralized” to imply terrorists in question surrendered or were killed or captured.

The ministry conveyed condolences to the Turkish nation for the martyrdom of the soldier.

Turkey’s operations Claw-Tiger and Claw-Eagle were launched in June to ensure the safety of Turks and borders by neutralizing the threat of the PKK, and other terrorist groups, who often use northern Iraq to plan cross-border attacks.