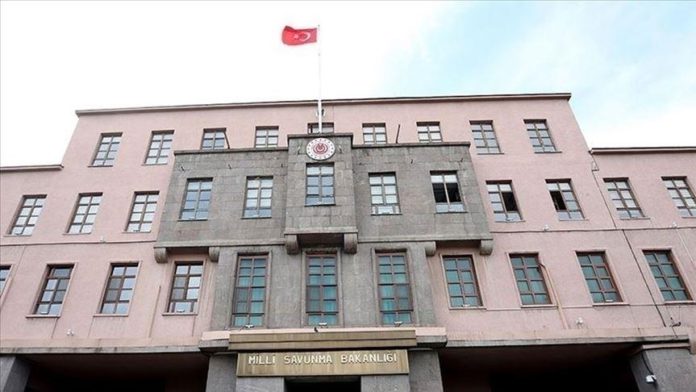 A Turkish soldier was martyred in a rocket attack in northern Iraq, the Turkish National Defense Ministry said Wednesday.

The ministry said on Twitter that three rockets landed in the Gedu military base area. One of them hit the base and the others hit a village, it added.

A soldier was martyred and a child living in the village was wounded in the attack, it said.

An armed unmanned aerial vehicle was assigned to the region after the attack and the necessary measures were taken immediately, it added.

The ministry extended its condolences to the family of the soldier and wished the child a quick recovery.

“We wish God’s mercy to our heroic martyr, our condolences and patience to his precious family and Turkish Armed Forces, and urgent healing to our injured child.”