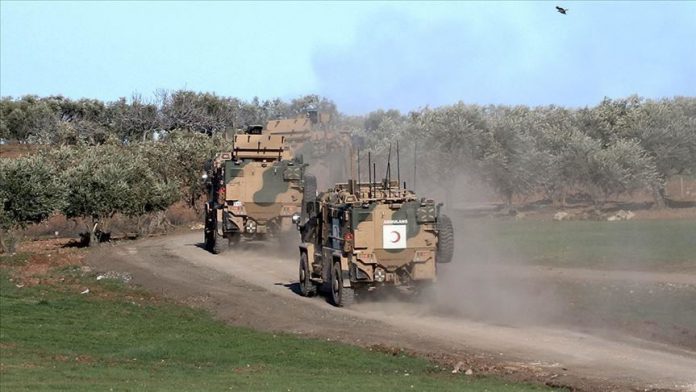 A Turkish soldier was martyred in an attack by Assad regime forces in Idlib, northwestern Syria, the country’s National Defense Ministry Saturday said on Twitter.

Turkey retaliated to the attack with full force and 21 regime targets were heavily hit and destroyed, said the ministry in a series of tweets.

The ministry conveyed its condolences to the family of the martyred soldier and reiterated its commitment to give a befitting response to the Assad regime.

“The blood of our martyrs has never gone to waste and it never will. We wish Allah’s mercy and grace for our hero soldier.