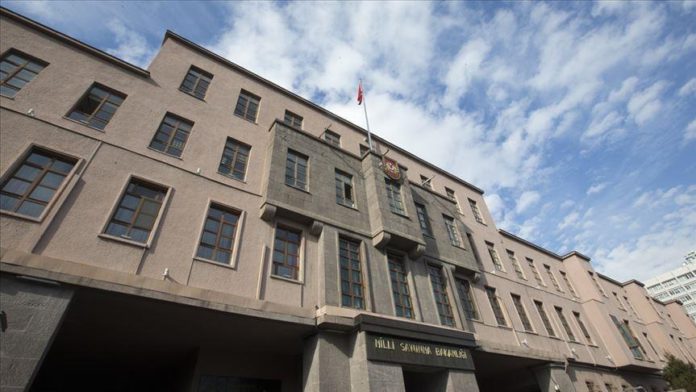 The soldier was martyred in a clash that broke out to repel an attempt by YPG/PKK terrorists to infiltrate the Olive Branch zone, the ministry said in a statement.

Operations continue with unmanned aerial vehicles and armed drones in the region, it stressed.

The ministry offered condolences to the soldier’s family and the Turkish nation.

Turkey liberated the zone from terrorists last year, but YPG/PKK terrorists occasionally try to infiltrate it to disrupt the stability and peace established there.

Since 2016, Turkey has launched a trio of successful anti-terror operations in northern Syria, across its border, to prevent the formation of a terror corridor and to enable the peaceful settlement of residents: Euphrates Shield (2016), Olive Branch (2018), and Peace Spring (2019).

In its more than 30-year terror campaign against Turkey, the PKK –listed as a terrorist organization by Turkey, the US, and the EU– has been responsible for the deaths of 40,000 people, including women, children, and infants.