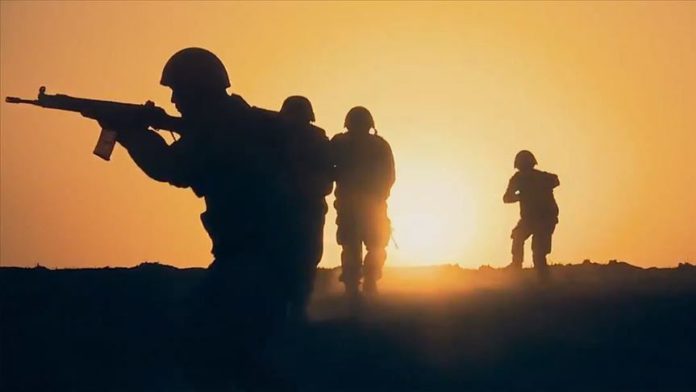 A Turkish soldier was martyred in a clash with terrorists in Operation Claw-Tiger zone in northern Iraq, according to the Turkish National Defense Ministry on Sunday.

The ministry offered condolences to the family of the soldier and the Turkish nation.

Turkey’s operations Claw-Tiger and Claw-Eagle were launched last week to ensure the safety of the Turkish people and borders by neutralizing the threat of the PKK and other terrorist groups, who often use northern Iraq to plan cross-border attacks.