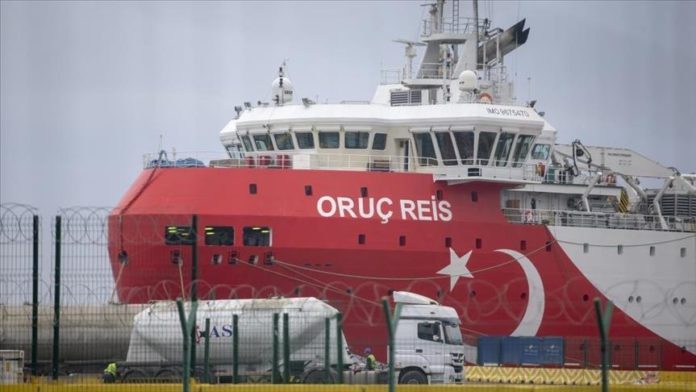 “Oruc Reis is in port from today, as far as I’ve been informed, that helps reduce tensions and make it easier to make progress also on deconfliction,” Jens Stoltenberg said in a press conference ahead of the NATO Foreign Ministers Meeting on Dec. 1-2.

He added that he had put forward proposals on how to strengthen the deconfliction mechanism between two countries and how to reduce further risks for incidents and accidents.

“But of course, we have to find ways that is working for both Greece and Turkey,” he added.

He also emphasized the importance of NATO’s role on addressing differences and finding “positive steps in the right direction” when there are disagreements between the member states, namely Turkey and Greece.

“I also hope that military deconfliction at NATO, where we’ve seen some important steps in the right direction can help to pave the way into negotiations,” he said.

“And this is something, Germany is working on, but also some other countries, and NATO, of course, strongly support those efforts.”