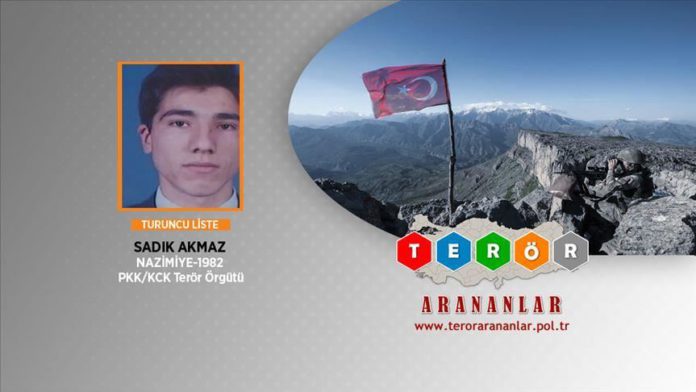 Sadik Akmaz was neutralized along with five other PKK terrorists in the Ovacik district as part of the country’s domestic security operations, the ministry said in a statement.

Codenamed Doctor Deniz, Akmaz was on the Interior Ministry’s list of wanted terrorists and had been sought with a bounty of 1 million Turkish liras ($143,365).

He was one of the perpetrators of two separate attacks in 2016 and 2019 which martyred two members of the gendarmerie.