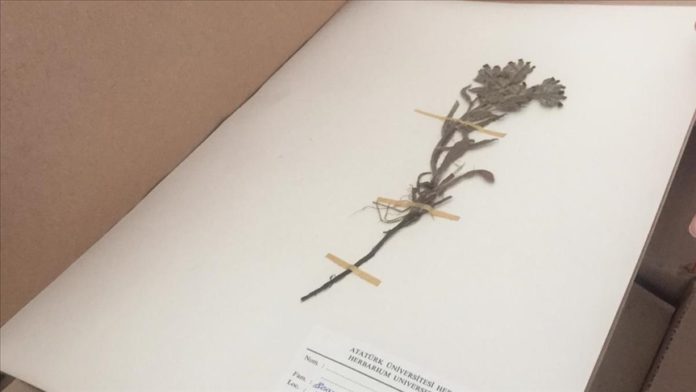 A group of scientists from Turkey, Russia and the UK have discovered five new insect species as a result of joint studies and research.

Researchers from the Biodiversity Application and Research Center at Ataturk University in eastern Erzurum province made the discoveries through collaborative work with scientists from Russia and the UK, the university’s directorate of corporate communications said in a statement.

The rector of Ataturk University, Omer Comakli, said the Biodiversity Application and Research Center, which was established as part of the New Generation University Design and Transformation Project and has conducted many important studies, has become one of the leading centers in its field.

“Giving the necessary priority to the science of taxonomy, which performs the discovery of species, taxonomic identification, identification and naming processes, and including the subject of biodiversity in priority research areas is very important for the protection of our country’s biodiversity. I would like to thank our rector Omer Comakli, who brought such an important service to the university and contributed to the research of biodiversity elements, and I wish that the discoveries made for the protection and development of biodiversity will be beneficial to the scientific community,” said the center’s director, Levent Gultekin.

“One of the most important steps taken in this direction is the Biodiversity Science Museum established within Ataturk University,” Gultekin added.