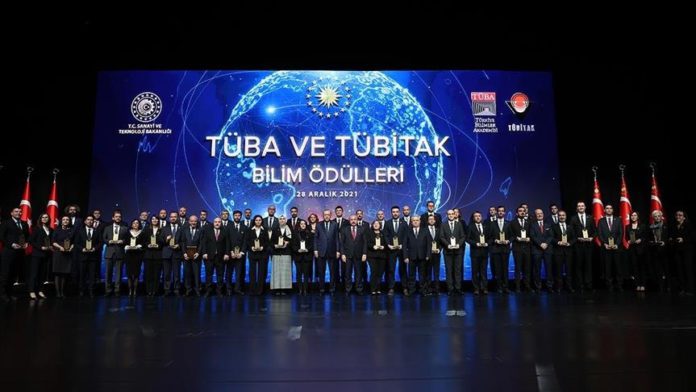 Sixty-six Turkish scientists, nearly one-third of them women, have been given awards for their groundbreaking work in 2021, President Recep Tayyip Erdogan said on Tuesday.

Speaking at Turkey’s Scientific and Technological Research Council (TUBITAK) and Turkish Academy of Sciences (TUBA) awards ceremony, Erdogan said the awards will encourage scientists and play an important role in the dissemination and adoption of science.

“Science, which is the backbone of innovation and technology, is also the guarantee of Turkey’s political independence,” he stressed.

Thanks to investments by the government on researchers and scientists, Erdogan said, Turkey rose 10 places in the Global Innovation Index – an annual ranking of countries by their capacity for, and success in innovation – and ranked 41st in the index.

Noting that the country’s aim is value-added production, the Turkish president said: “Our path is the investment, employment, production, and export.”

Wildfires, not pandemic lockdowns, had largest impact on global climate in...