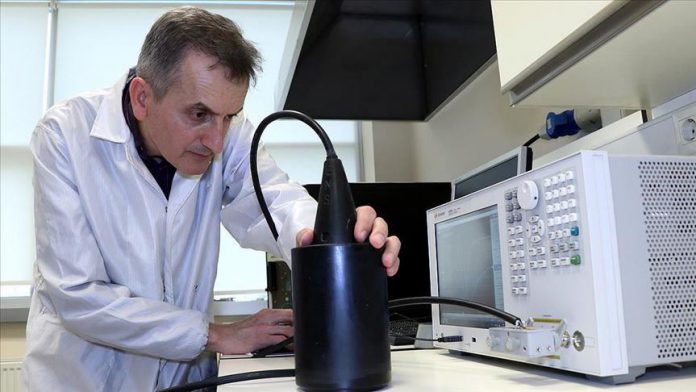 A new device for locating submarines in emergency situations, developed at a Turkish university, is now in use in a Turkish-built sub, said the driving force behind the project.

The device, developed by a team led by Sedat Alkoy, an engineering and materials expert at Gebze Technical University in northwestern Turkey, can be used both for defense such as sonar systems, and for civilian purposes such as medical screening, fisheries, and undersea petroleum and fault line exploration.

The locally produced device, which took a year-and-a-half to develop, also contributes to the country’s economy.

The sonar beacon system was