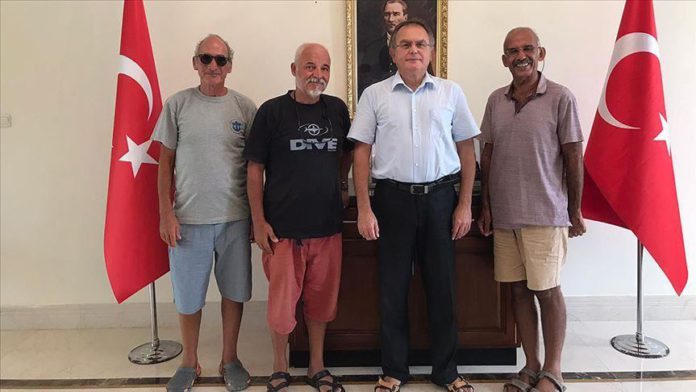 Three Turkish sailors who were detained nearly two months in the East African country of Eritrea and later freed thanks to Turkish intervention have arrived in Djibouti.

After a three-day journey, the trio, who were held in captivity for 56 days in Eritrea, arrived in Djibouti, a small nation in the Horn of Africa they had already visited on their round-the-world tour.

Speaking to Anadolu Agency via phone, Ekmekcioglu, the captain of the trio’s boat, thanked Erdogan and Cavusoglu as well as all Turkish officials for their efforts to free them.

“We don’t know why we stayed in Eritrea so long. They didn’t tell us anything but always treated us well,” he said.

As one of the boat engines is not working, Ekmekcioglu said that they would wait for repairs or return to Turkey on a vessel that comes once a week.

Ekmekcioglu set off on a world tour in September 2017. Ignak and Atamer joined him this March.

After arriving in Djibouti, which neighbors Eritrea from the southeast, the sailors got supplies and fuel with the assistance of Ambassador Sahinkaya.

As the Suez Canal was closed due to the coronavirus pandemic, the sailors decided to turn back and land in Eritrea, only to be held by security forces.