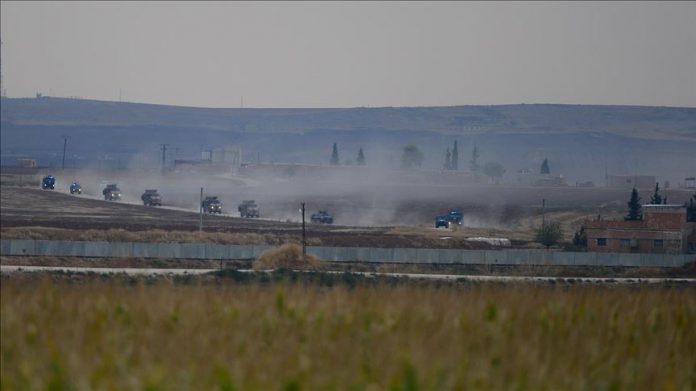 Turkish and Russian troops have completed the eighth round of joint ground patrols in northern Syria under a deal reached last month.

“In the Ayn al-Arab region where the land patrol was conducted, UAVs also took part and were accompanied by four vehicles from each side totalling eight,” Turkey’s National Defense Ministry said in a statement on Monday.

The first joint ground patrols, on Nov. 1, took place near Ras al-Ayn and Qamishli regions east of the