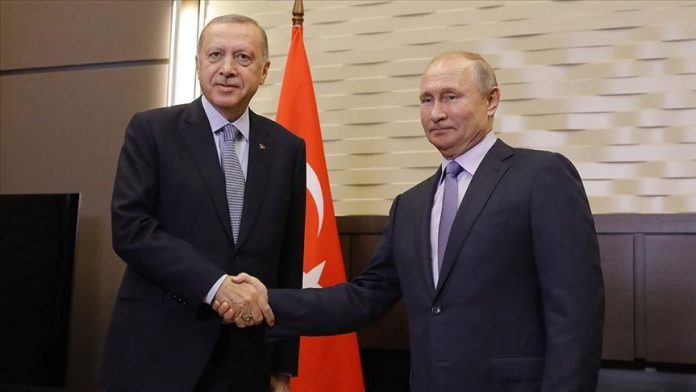 Turkish President Recep Tayyip Erdogan and his Russian counterpart Vladimir Putin discussed recent developments in Syria over the phone on Wednesday, according to the Turkish Communications Directorate.

Apart from Syria, the two leaders spoke about bilateral ties and regional issues.