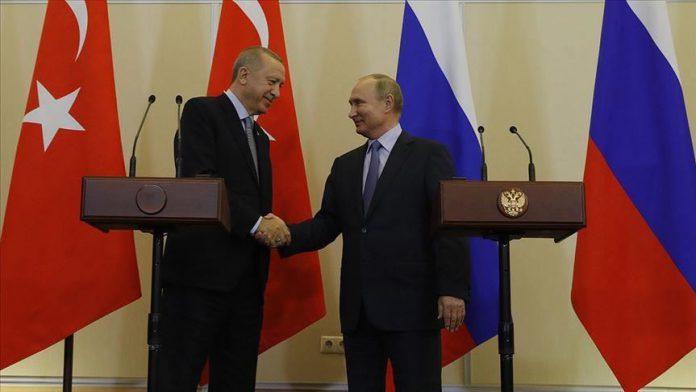 Erdogan and Putin discussed the latest situation in northeastern Syria where Turkey launched an operation last month and the withdrawal of YPG/PKK terrorists from the region, according to the President’s Office.

They also reiterated their commitment to a deal reached on Oct. 22 in the Russian city of Sochi by the presidents of both countries on Turkey’s operation in northeastern Syria.