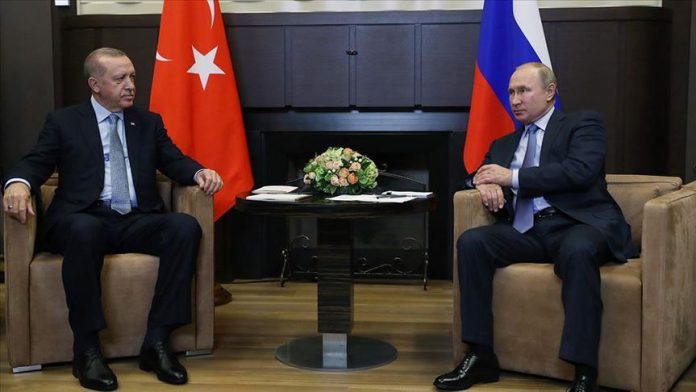 In a phone conversation, Turkish President Recep Tayyip Erdogan and his Russian counterpart spoke on Friday about the latest developments in embattled Idlib, northwestern Syria.

Erdogan told Vladimir Putin that the Assad regime must show restraint and the humanitarian crisis must end in Idlib, northwestern Syria, where around a million civilians have fled

attacks by the regime and its allies to take shelter near the Turkish border.

He went on to say that resolving the crisis unfolding in Idlib hinges on full implementation of the 2018 Sochi deal.

Both leaders reiterated their commitment to all agreements reached concerning Syria.