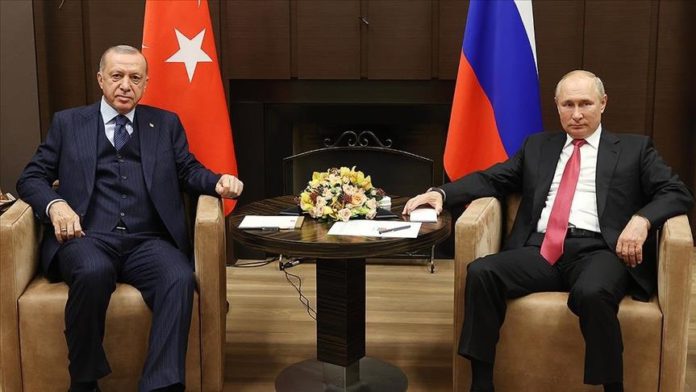 In a phone call with his Russian counterpart, Turkey’s president on Monday reiterated Ankara’s willingness to keep doing its part for peace in Ukraine.

Turkiye is ready to play a role in a possible observation mechanism after first meeting with representatives of Russia, Ukraine, and UN in Istanbul, Recep Tayyip Erdogan told Vladimir Putin, according to a statement from Turkiye’s Communications Directorate.

Erdogan also said there is a need for steps to minimize the negative effects of the war and reestablish a groundwork for peace.

Also touching on developments in Syria, where attacks by the terror group YPG/PKK on civilians and neighboring Turkiye continue, the Turkish president stressed that the regions along the border liberated from terrorists must be made safe and secure.

Turkiye borders Syria and Iraq to its south, and has worked to eliminate existing terrorist bases and prevent new ones there that would threaten its national security and the safety of locals across its borders.

Turkey's priority is to ensure stability in Libya: Erdogan

NATO doing more that it has for decades: Stoltenberg