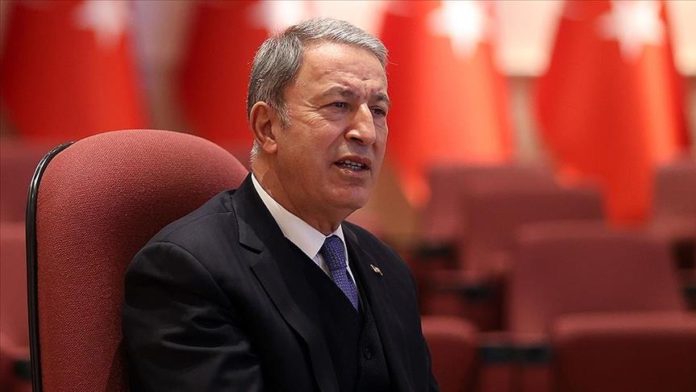 A Turkish-Russian joint center in Nagorno-Karabakh which will monitor the cease-fire deal between Azerbaijan and Armenia is under construction, according to Turkey’s defense minister on Wednesday.

“Now, it is under construction. In a very short time, our friends will start their duty there,” Hulusi Akar told visiting representatives of Turkish non-governmental organizations in the capital Ankara.

Turkish and Russian generals as well as other military officers will be at the center together, Akar said, adding that they will work toward making the cease-fire lasting.

Azerbaijan and Armenia signed a Russia-brokered agreement on Nov. 10 to end fighting and work toward a comprehensive solution.

Turkey and Russia have since signed a memorandum of understanding to set up a joint center to monitor the peace deal. It is being established on the Azerbaijani territories liberated from Armenia’s occupation.

Until the Nov. 10 truce, Azerbaijan liberated several cities and nearly 300 settlements and villages from the Armenian occupation.

UK braces for another storm as death toll rises to 2