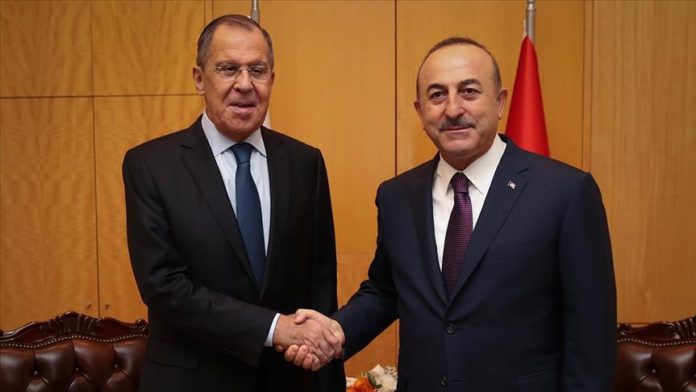 In a Monday phone call, the Turkish and Russian foreign ministers discussed recent developments in the Russian-Ukraine war.

During Mevlut Cavusoglu’s call with his Russian counterpart Sergey Lavrov, they spoke about the ongoing war that started with Russia’s offensive on Feb. 24, according to Turkish diplomatic sources.

Earlier Monday night, Cavusoglu also spoke on the phone with his Ukrainian counterpart Dmytro Kuleba to discuss the latest situation in the war and tell him about Turkiye’s efforts to restore peace.

Last week, in an unprecented meeting, Cavusoglu brought together Lavrov and Kuleba to discuss peace in the southern Turkish city of Antalya.

The Russia-Ukraine war, which began on Feb. 24, has drawn international condemnation, led to financial sanctions on Moscow, and spurred an exodus of global firms from Russia.

At least 596 civilians have been killed and 1,067 injured in Ukraine since the beginning of the war, according to the UN. It has warned, however, that the true toll is likely much higher as it has not been able to gain access to areas of increased hostilities.

Top Russian ministers due in Turkey for talks on Sunday