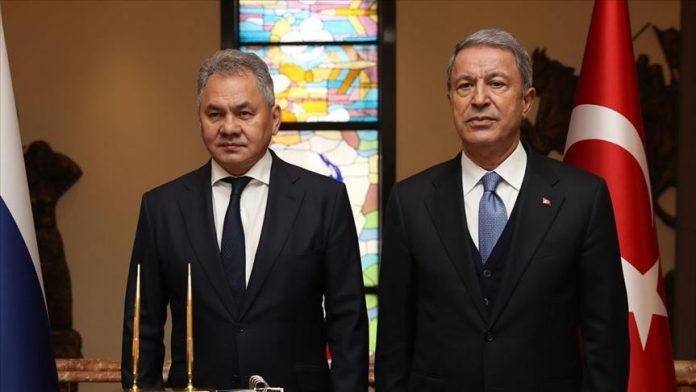 Turkish and Russian defense ministers held a phone conversation on Saturday to discuss the situation in northwestern Syrian province of Idlib.

Hulusi Akar and Sergey Shoygu exchanged views to find a solution to the conflict in Idlib, according to the Turkish Defense Ministry.

Some 1 million Idlib refugees have moved towards the Turkish border in recent months, fleeing attacks by the Assad regime and its allies which caused a desperate humanitarian situation.

Turkey has called for an