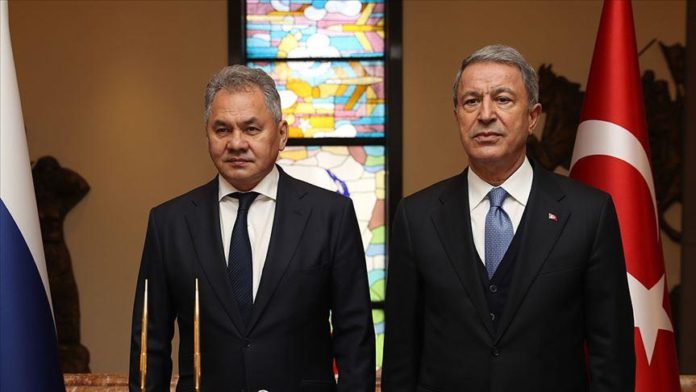 Turkey’s minister of national defense called his Russian counterpart on Thursday to look into recent events in Idlib, a northwestern province of Syria.

Hulusi Akar and Sergey Shoygu discussed recent violations of a de-escalation agreement in Idlib negotiated between Ankara and Moscow.

During the phone call, the defense chiefs decided to take mutual measures on the issue.

Akar also noted that more than 200 terrorists had been neutralized in northern Iraq and Syria since the beginning of March.

Idlib has been the subject of multiple cease-fire understandings that the Assad regime and its allies have frequently violated.

Ankara and Moscow also signed an additional memorandum of understanding last year calling for the “stabilization” of Idlib’s de-escalation zone, in which acts of aggression are expressly prohibited.