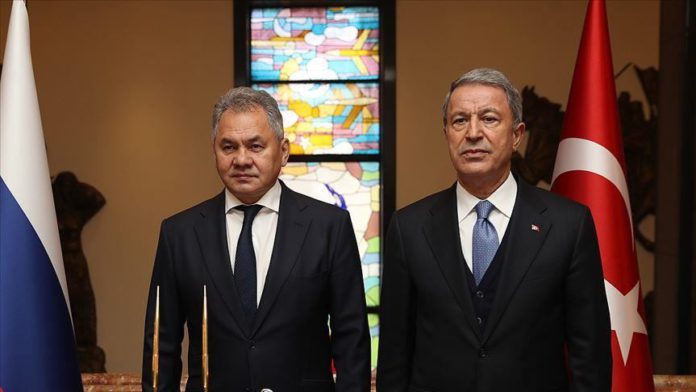 Stressing that Armenia needs to stop attacking civilian settlements in violation of the cease-fire and withdraw from occupied Azerbaijani territories, Akar added that Azerbaijan would not wait another 30 years for a resolution, said the statement.

A temporary humanitarian cease-fire was declared on Saturday, but it has been marred by Armenian violations, according to Azerbaijan.

Relations between the two republics have been strained since 1991 when the Armenian military occupied Upper Karabakh, an internationally recognized territory of Azerbaijan.

On the situation in Idlib, Syria, Akar said Turkey has delivered its commitments in line with its agreement this March with Russia and it continues to ensure that innocent civilians are able to safely and voluntarily return to their homes, referring to a March cease-fire, the latest in the conflict-battered province.

On the issue of Libya, Akar reiterated that Turkey continues to support an independent and stable Libya and will continue to strive to ensure that stability is restored in the region.

Galatasaray chair back in hospital for 'urgent' surgery