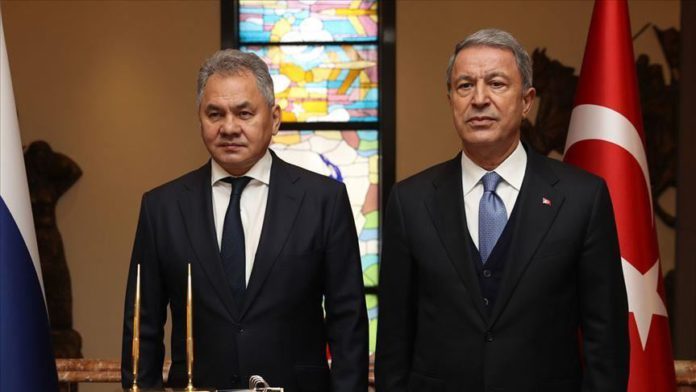 Turkish Defense Minister Hulusi Akar and his Russian counterpart discussed the peace deal between Azerbaijan and Armenia and the latest situation in Syria in a phone call, the Defense Ministry said Tuesday.

According to a ministry statement, Akar and Sergey Shoigu exchanged views on the issues.

Azerbaijani President Ilham Aliyev hailed the agreement as a victory for his country, saying Baku’s military success enabled it to gain an upper hand to end the three-decade-long occupation of its territory.

Besides other towns and villages, Baku’s liberation of the strategic city of Shusha on Sunday had signaled that victory was imminent.

Iran FM demands US stop blocking it from selling oil

Travelers to Burundi to be quarantined for coronavirus