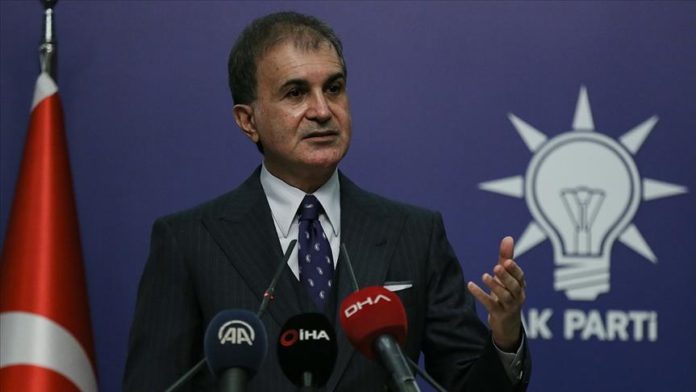 Earlier, the Turkish Defense Ministry said in a statement: “29 irregular migrants were brutally beaten by Greek soldiers. Their money, phones and even their shoes were confiscated.”

Turkish security forces rescued the migrants who were stranded on a small islet near the banks of the Meric River.

Describing the incident as “a violation of human rights,” AK Party Spokesman Omer Celik said, “We condemn the Greek soldiers beating migrants at the Edirne border, confiscating their money, passports and even shoes and pushing them back from the border line.”

“The European Union should not allow these inhumane practices within its borders. This is a violation of human rights, not border protection,” Celik added.

He also applauded Turkish security forces for rescuing the migrants.