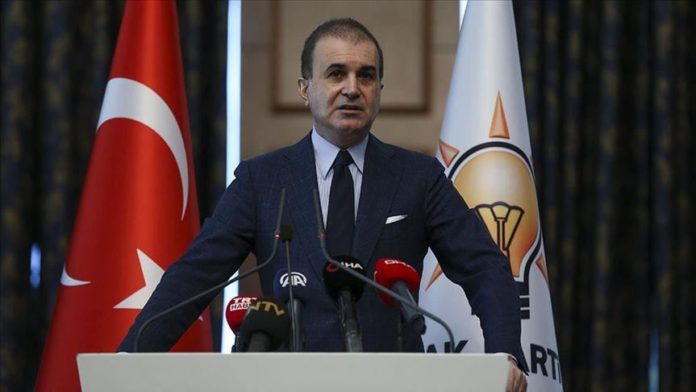 “Two days ago, Haftar attempted a coup. He tries to give himself some authorities that have no legal basis. However, Turkey will stand behind the UN-recognized government and continue to support them for the future of the Libyan people,” Omer Celik, spokesman for the Justice and Development (AK) Party, told reporters after a board meeting done by video link.

Since the ouster of late ruler Muammar Gaddafi in 2011, two seats of power have emerged in Libya: Haftar in eastern Libya, supported by Egypt and the United Arab Emirates, and the GNA in the capital, which enjoys UN and international backing.

In a Monday video message, Haftar unilaterally declared himself the ruler of Libya, claiming he “accepted the mandate of the Libyan people” to govern the country.

He said a 2015 agreement signed under UN auspices forming the GNA to manage the transition process in Libya had “lost its rule.”

Haftar and his political allies tried to prevent the agreement from entering into force by his initiatives in the field.

Russian Foreign Minister Sergey Lavrov told reporters on Tuesday that the country opposes both the Libyan Government of National Accord’s unwillingness to hold talks with Haftar and Haftar’s self-declaration as Libya’s unilateral ruler.

Haftar’s Libyan National Army (LNA), which is based in the east, launched an offensive to take Tripoli last April which led to chaos and bloodshed but stalled on the outskirts of the city.