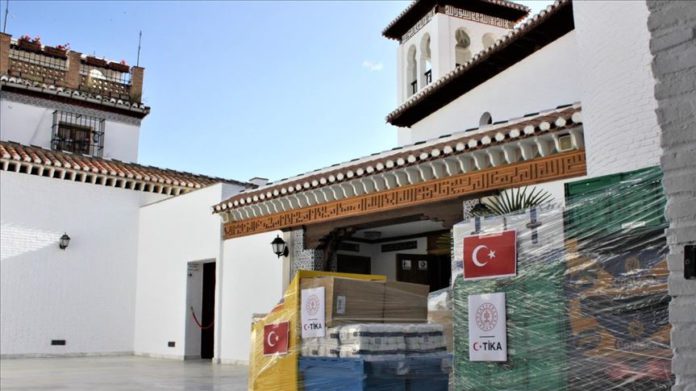 Turkey’s state-run aid agency helped 100 families in Spain as part of its Ramadan campaign in the Muslim holy month.

According to a statement by the Turkish Cooperation and Coordination Agency (TIKA), some 100 families in Granada receive food packages including rice, flour, pasta, sugar and oil every Friday throughout the fasting month.

Many families are going through a tough time in Spain due to an economic crisis caused by the virus pandemic.

“The help that came in the moment of need strengthens our brotherly bond. Thank you, Turkey and TIKA,” he said.

There are nearly two million Muslims in Spain, and at least 36,000 of them reside in Granada. According to latest figures, more than 27,000 virus-linked deaths have been registered in the European country so far.